Summer is in full swing and I hope you are having fun. I enjoy hearing from you all about the interesting places you've traveled to and listening to your recommendations and insider tips.  As many of you know, I have a bucket list of places I would like to travel to.

In July, I ticked off a trip to Maine and visiting Acadia National Park. I had heard from many of my clients of the spectacular natural beauty of Maine's Mount Desert Island situated on 47,000-acres on the Atlantic coast. Its landscape consists of woodlands, rocky beaches and glacier scoured granite peaks such as Cadillac Mountain which is the highest point on the United States East Coast. Dawn and I flew into Portland, Maine albeit two days later than our original flight as Delta notified us our flight was cancelled about 30 minutes before we were to leave for the airport. There was no explanation, just a cancellation on the Delta App. We had heard on the news and read about how many flights were being cancelled at the last minute by the airlines but this was the first one that we personally experienced. With great effort we were able to get booked for another flight to depart two days later.

We flew into Portland, Maine and drove to Bar Harbor to Saltair Inn a quaint waterfront B&B.  We arrived in the evening and after dropping off our bags and checking into our room we walked down the street to a pub and enjoyed a lobster roll and tuna taco. Lobster rolls and fresh lobster are on the menus at most restaurants on the coast. As expected, chunks of fresh lobster were served on a buttery toasted roll with light mayo and it tasted delicious. The next morning we had a chartered tour through Acadia National park where we learned the history of Cadillac Mountain, made several stops to view beautiful vistas, toured a botanical garden, walked on a granite mountain, saw some deer and viewed the landmarks throughout the park. Bar Harbor is quite picturesque dotted with B&B's, a yacht club, boats in the harbor, a coastal trail, locally owned restaurants and shops.  After 2 days exploring Bar Harbor and walking along Shore Path we drove a few hours to Lubec which is the Eastern most point of the US.

Our first night in Lubec we enjoyed a lobster dinner which consisted of the entire lobster, step by step directions on how to crack open and eat it and a bib. The lobster was warm and fresh but what a mess it made to crack open and pick lobster out of the shell. Selecting the restaurant was an easy decision as only one restaurant was open that night in this tiny city. Our meal came with a beautiful sunset view.  Lubec offers terrific hiking with breathtaking views of the mountainous coast. We stayed in a cabin overlooking the water and hiked the Coastal Trail and Bog Trail at Quoddy Head State Park and visited the historic lighthouse. Part of the reason we visited this area was to drive across the Franklin D. Roosevelt bridge to Canada to tour Campobello International Park where Franklin's family had a home and where he came down with the symptoms of polio and his life as well as Eleanor's was forever changed. In order to visit Canada we were required to provide our passports and covid vaccinations in advance.

Campobello had well preserved historic houses with docent lead tours including a one hour talk called Eleanor's Tea.  We were served a pot of hot tea and homemade ginger cookies while seated in a tea room and treated to a slide presentation including stories of the amazing achievements of Eleanor Roosevelt by two women who would qualify as her biggest fans.   Eleanor along with Franklin's political adviser Louis Howe nursed Franklin back to health and many historians believe that had it not been for their care, Franklin would most likely have succumbed to the illness. Eleanor encouraged FDR to remain active in politics despite FDR’s mother, Sara Ann Delano, wanting him to retire from politics. Eleanor began giving speeches on her husband’s behalf with the guidance of Louis Howe. Eleanor held the role of First Lady longer than any other person and redefined what the role meant and was responsible for drafting the Universal Declaration of Human Rights during her time as the chief of the United Nations Commission on Human Rights, advocating for the human rights of women, civil rights and refugees fleeing countries devastated by World War II. She had her own column "My Day" in a newspaper and gave regular radio broadcasts on both CBS and NBC. These are just a few of her achievements as they are too numerous to list.

We then headed to a B&B viewing Mt. Katahdin which is where the Appalachian trail begins. Up to this point the weather had been nice and chilly averaging in the high 50's. We were surprised that the high was in the 90's in the mountains. We toured Katahdin Woods and Waters National Monument, Baxter Park, drove the 15 mile Katahdin loop, saw picturesque views of lakes, rapids, a river gorge, mountains, hiked and climbed inside an ice cave.  We had numerous black fly bites on our arms, legs, neck and face. A few days later we headed back to Portland and stayed at the Historic Black Point Inn and enjoyed more coastal hikes and bike riding before returning a day early to Atlanta in order to fly to New Orleans the next day for my stepson Nicholas's marriage ceremony.  We had 3 weeks notice of his marriage. His first wedding in Maui was cancelled a couple of years ago due to covid restrictions. With Nicholas and his fiancé Natalie (now wife) both in their last year of medical school at Tulane and busy with their summer rotations and fall interviews for residency, July 1st was the only day that worked for them to get married before their graduation in May.  The ceremony was meaningful and heartfelt with only the parents in attendance and we celebrated with a delicious Mediterranean meal and almond cake after the ceremony.  We are so excited to welcome our first daughter in law Natalie into our growing family. I have attached some photos of our travels and of the happy newlyweds.

As always, thank you for being my valued client. I appreciate you! 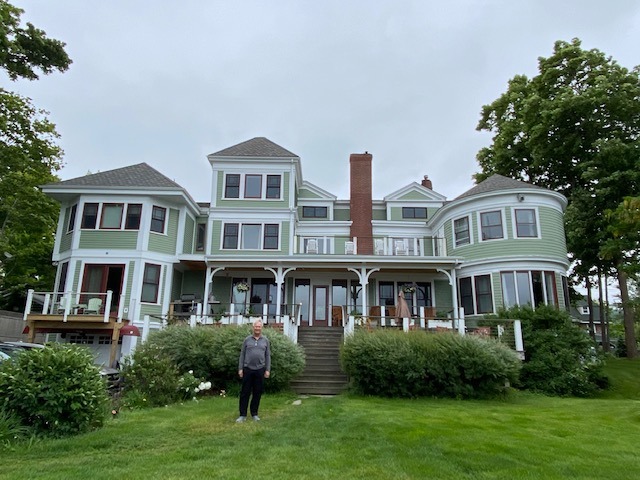 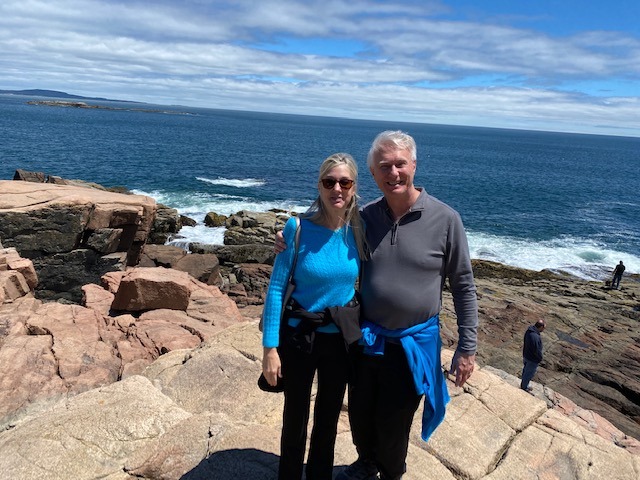 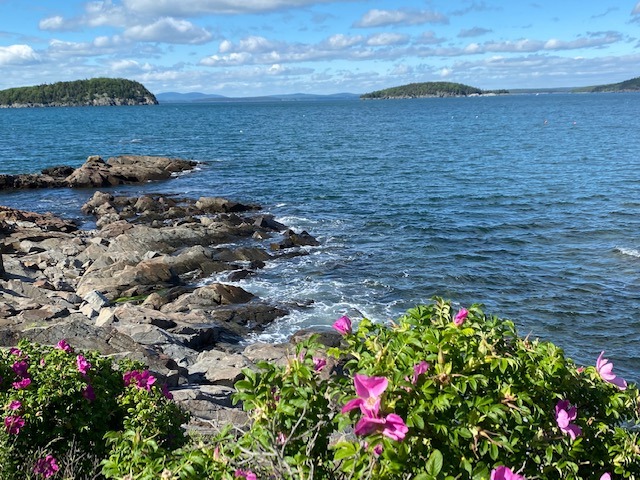 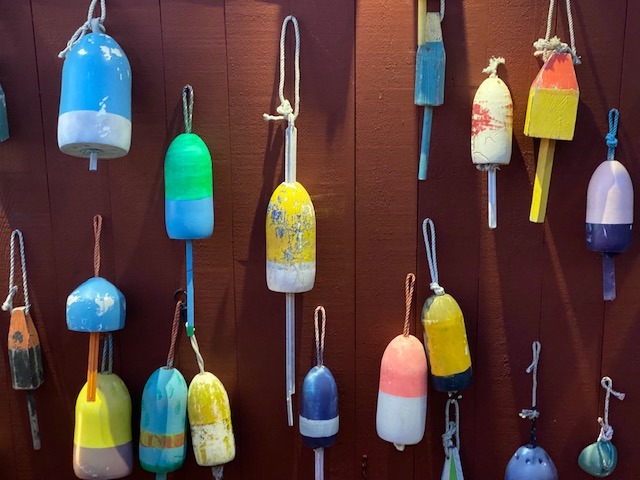 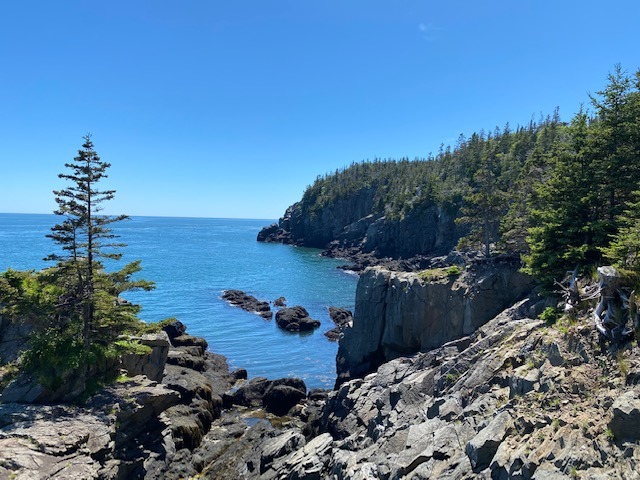 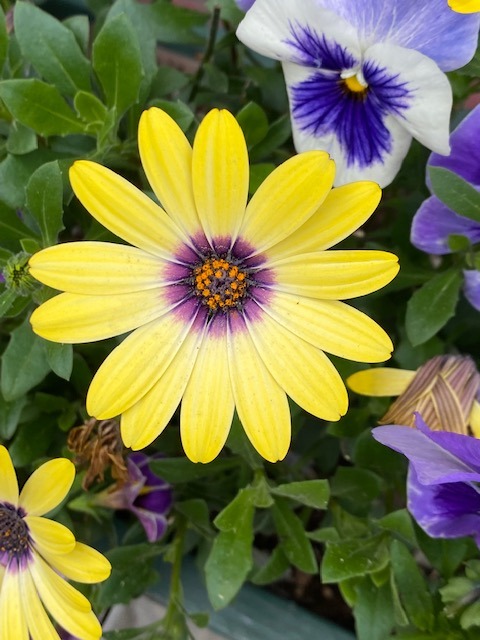 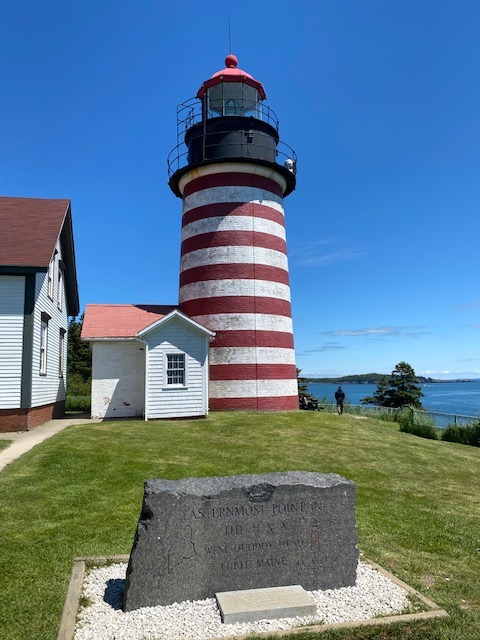 Quoddy Head State Park lighthouse- Eastern most Point is the US 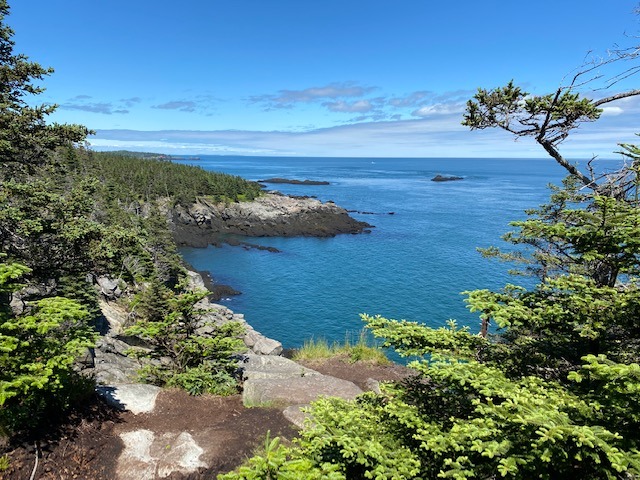 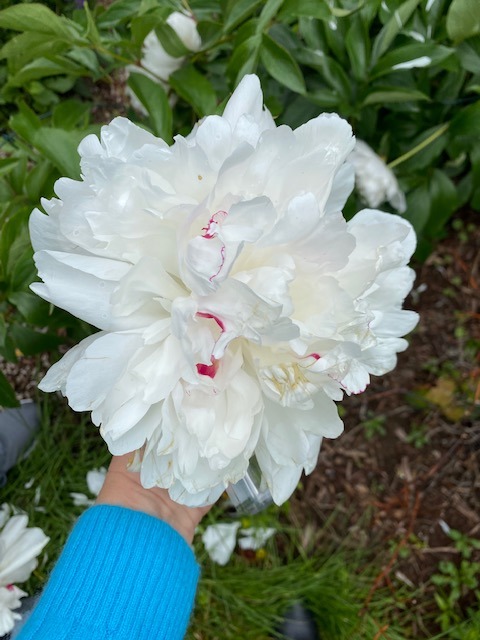 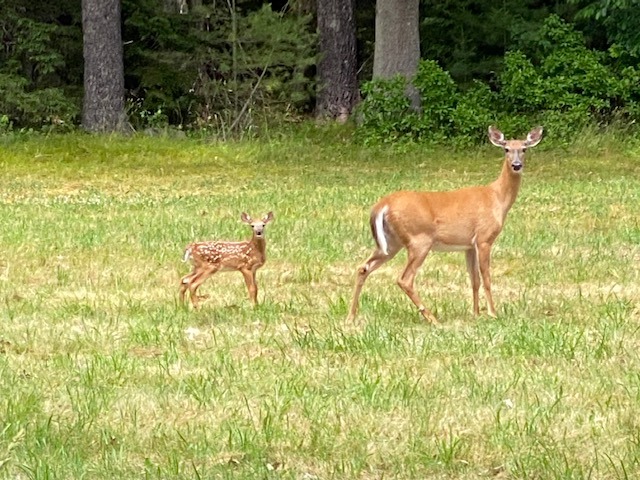 Doe and Fawn at Acadia 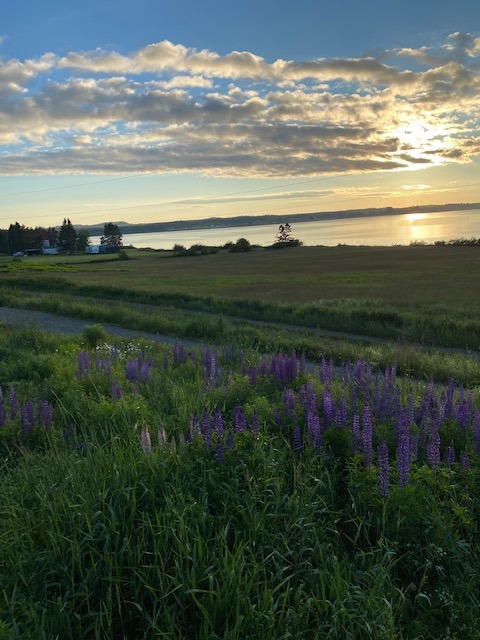 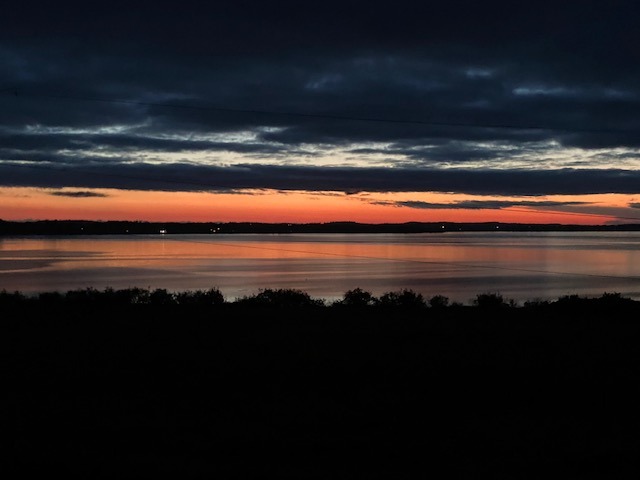 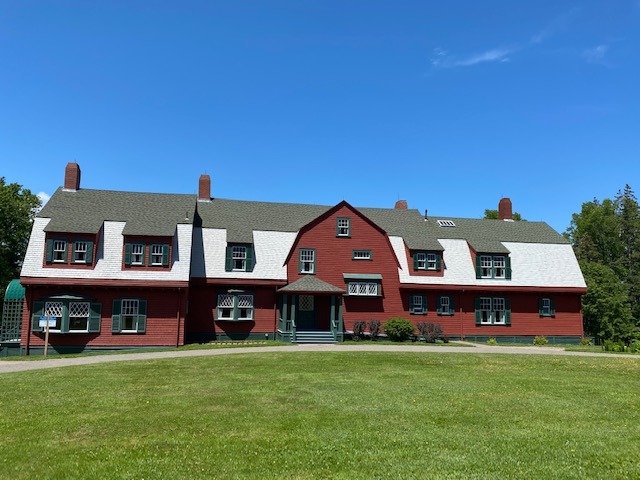 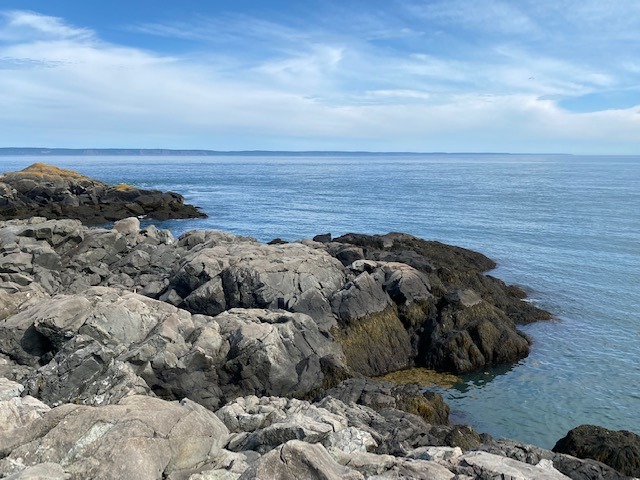 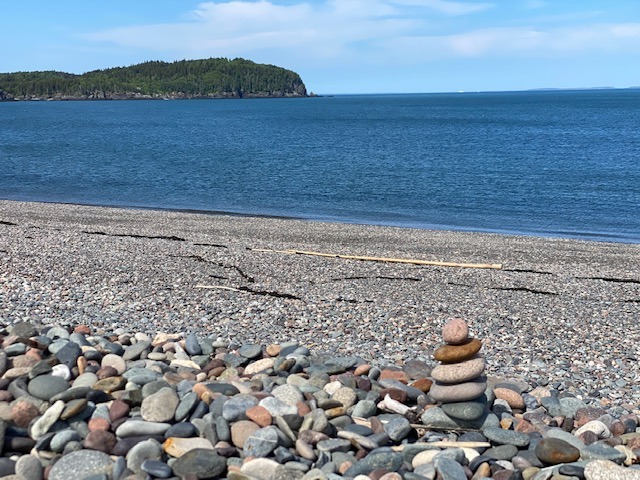 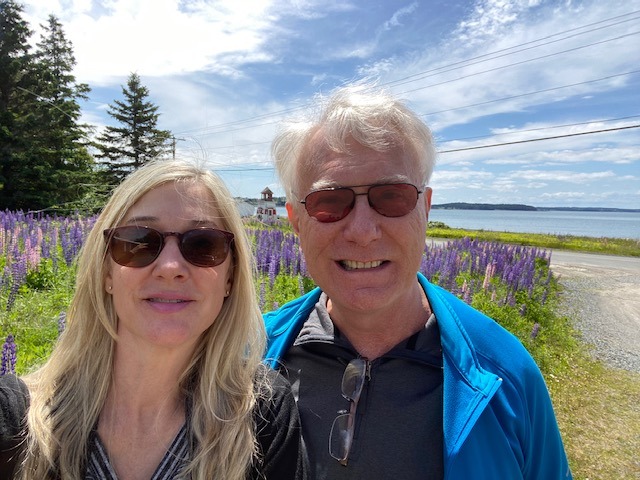 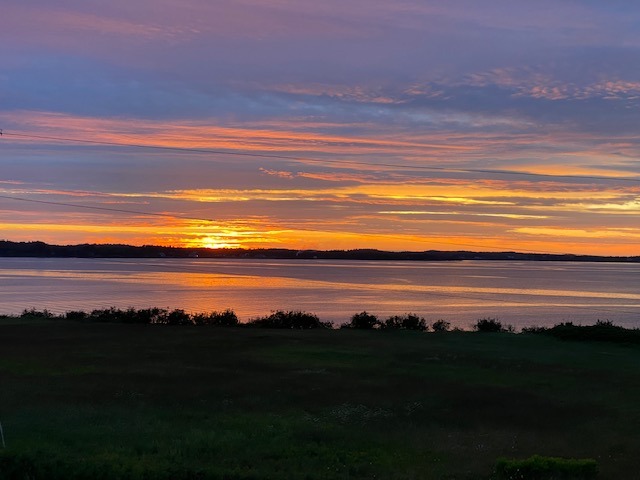 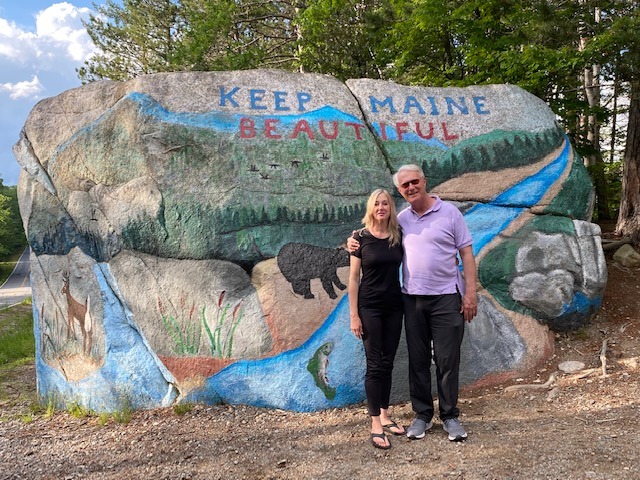 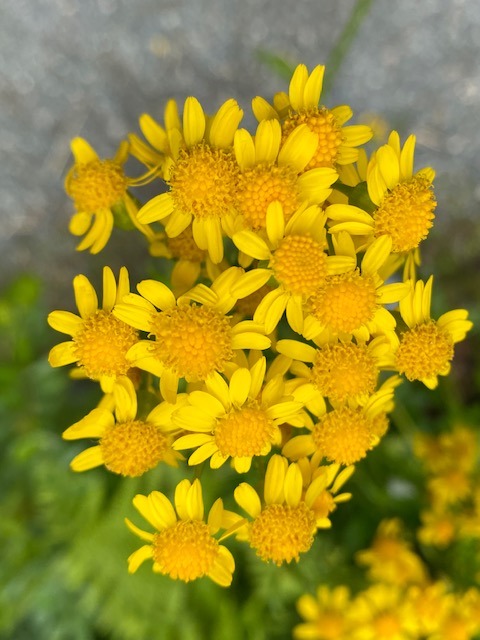 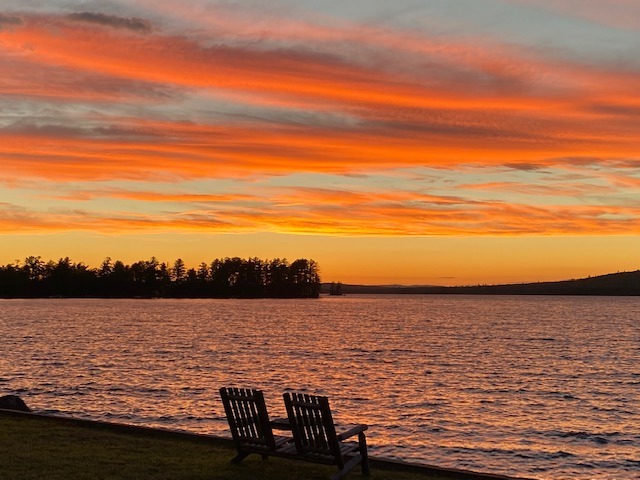 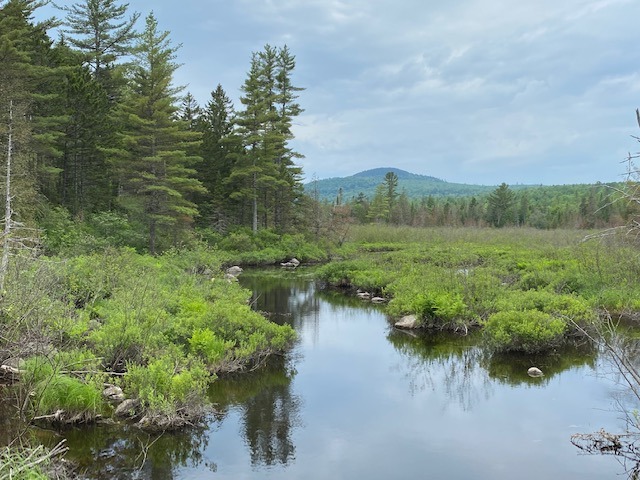 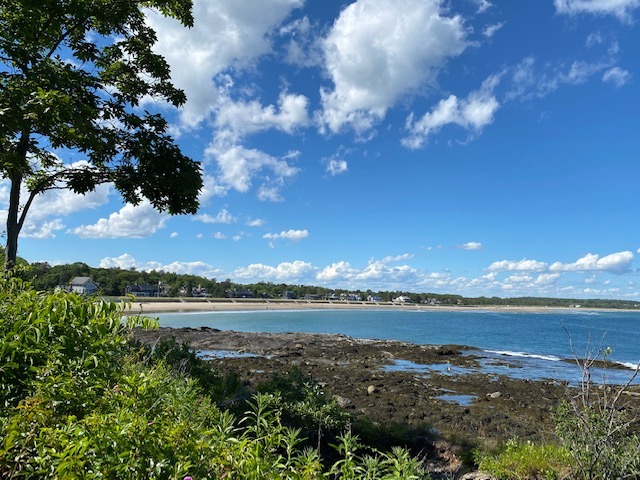 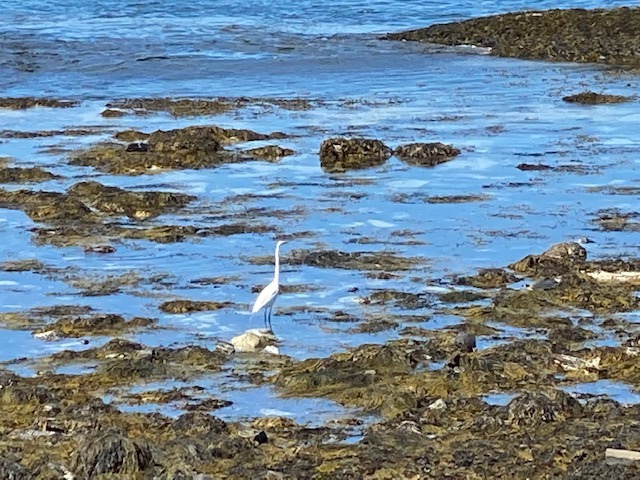 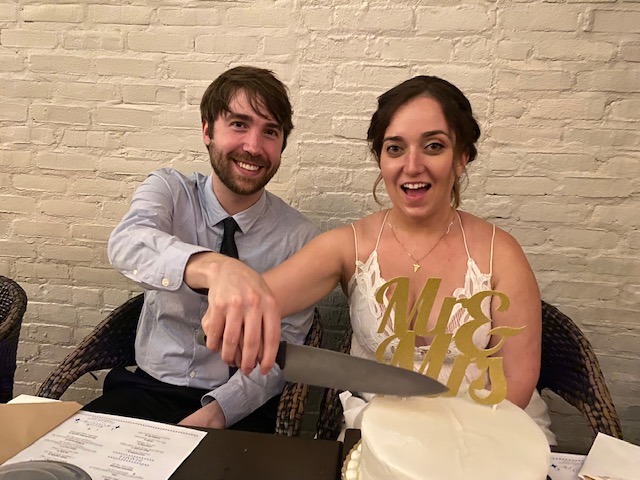 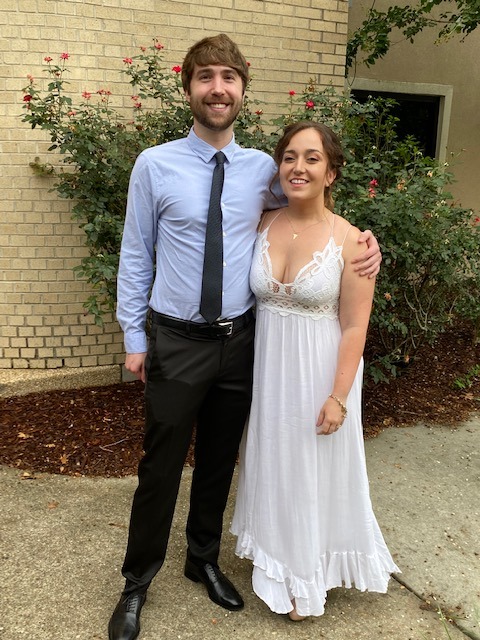 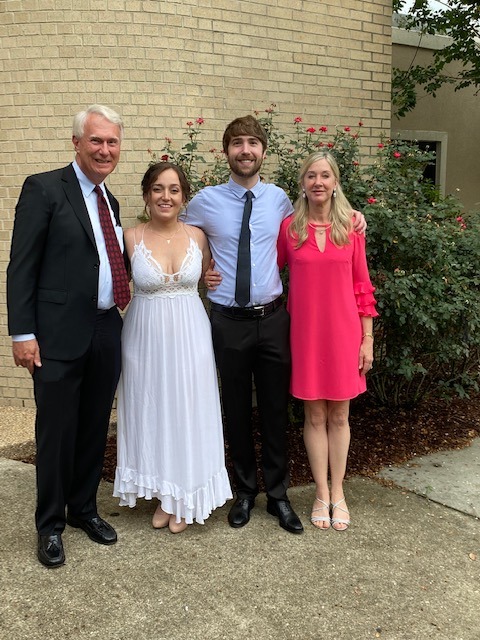